Innovation is the most important driving force for the continuous development of the food industry in Huai’an. Traditionally, we develop food industry with planting, processing, and tourism. Recently, by exploring new combinations with design, film and literature, we have seen synergies in it.

We have invested in the film Kung Food which is a combination of animation design and food to spread cuisine culture. 165 series of Kung Food have been played and covered 22 countries and regions.
With the combination of film, food, design and literature, the literary masterpiece Journey to the West was made into a film Monkey King-Hero Is Back to reflect Huai’an food and culture.

Xuyi Crayfish Group invested in the film My Kitchen Lover, which integrated Xuyi Crayfish with film. It is the first love comedy of food in China. A small crayfish vividly demonstrates the vast space of cross-field integration.

The cartoon Kung Food is an innovative development model of tourism, food and cartoon, with cartoon as the carrier of international culture, pushing Xuyi crayfish to the international market.

The 3D animated film Monkey King -- Hero Is Back, invested by Huai'an Xiyou Industry Group, enables the whole country and even the world to have a deeper understanding of the culture of the Journey to the West and Huai'an.

The film Passing the Torch is made by Jiangsu Chuyun Culture Communication Co., Ltd. and showed in Huai'an on November 17, 2019.

The film tells the story of Huai'an people in the new era guided and inspired by Zhou Enlai's spirit. The film is actually made in Huai'an, integrating local customs, local food culture, and full of regional elements. By telling Premier Zhou Enlai's excellent moral events, the main character of the film - a famous Huaiyang cuisine chef Sun Xiaoshou will be influenced in his life. The film shows Zhou Enlai, a great man of a generation, with his outstanding achievements, lofty morality and glorious personality from the unique perspective of a small character, and expresses the positive and far-reaching influence of Premier Zhou Enlai on future generations, as well as the deep nostalgia of the people of all ethnic groups for Premier Zhou Enlai. This is a work that contains the profound implication of promoting Zhou Enlai's spirit to pass on from generation to generation. This film is also a successful cross-field practice of Huaiyang cuisine and film art.

Huai'an cuisine has profound culture and accumulated many works of cuisine literature. In history, Wu Cheng’en skillfully integrated Huai'an cuisine culture into Journey to the West. He lived in Huai'an for most of his 77-year life and loved the food culture of his hometown. 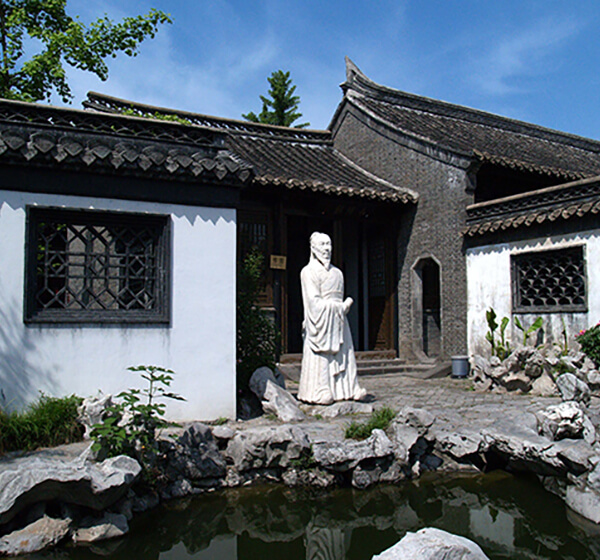 Mr. Wang Qiangzhong invested in the construction of Best Company, using the industrial processing mode of clean food materials and condiment bags, providing 50,000 nutritional meals and group meals for students in primary, secondary and kindergarten schools and canteens of various organizations in Huai'an every day.
We host the Development Forum on Canal and Creative Cities of Gastronomy, and invite representatives from gastronomy cities, domestic entrepreneurs, gourmets, designers and experts to discuss and explore new modes of cross-field integration of "food plus", extend the cultural chain of Huaiyang cuisine and enhance cultural added value.